Local and National Politics
Prev Next

Download
May 6, 2013 -Atlanta: Georgia Speaker of the House
David Ralston speaks as Gov. Nathan Deal stands in the background inside the Georgia State Capitol after signing two ethics bills on Monday, May 6, 2013. House Bill 142 sets the first limit on gifts that can be given to legislators. The $75 maximum is for each expenditure. The second, House Bill 143, requires more transparency in regard to campaign fund-raising and spending during certain local races, and it ensures that the public knows about any campaign donations given to members of the General Assembly leading up to the start of the legislative session. Deal made the passage of some sort of lobbying rules a legislative priority, even threatening a special session if the two GOP-controlled chambers couldn’t pass a version by the end of the 40-day session. JCRAWFORD@AJC.COM 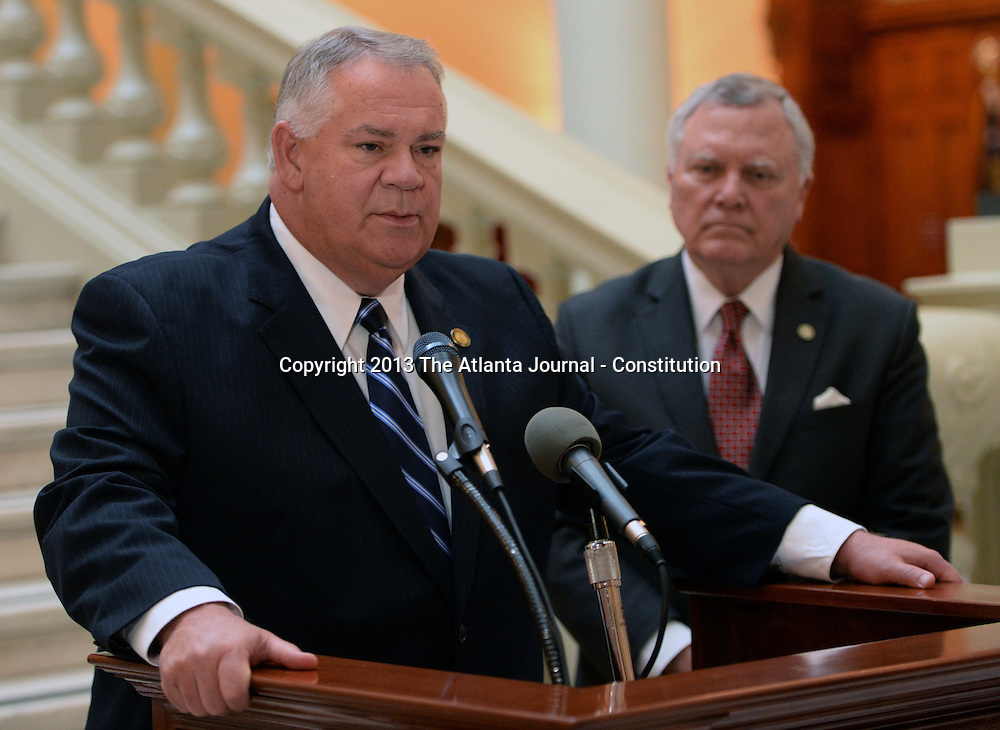