Download
CAN YOU HEAR ME NOW!!!!!
During a basketball game on any level, the relationship between coaches and officials are always interesting but the photo of Marist High School's coach Greg McClaire complaining about a call and being ignored by official Andrew Wilkey on Friday, March 6, 2009, at the University of West Georgia during the Georgia High School Association's 2009 High School Basketball Quarterfinals was priceless. During a break in the game, I showed the photo to the official and he just smiled. ©2009 Johnny Crawford 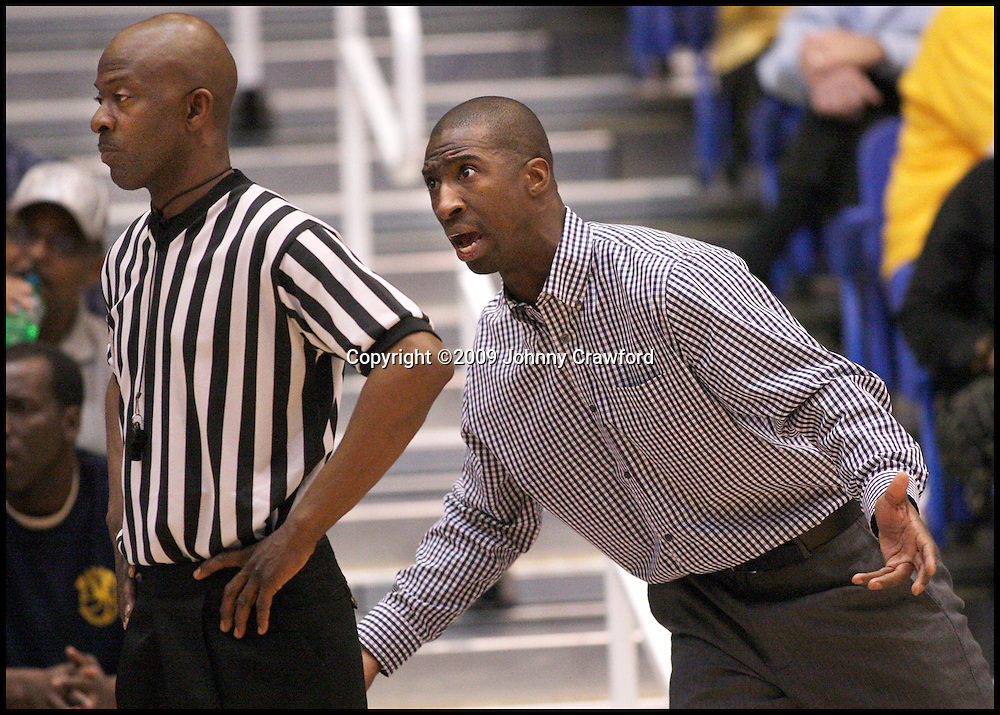